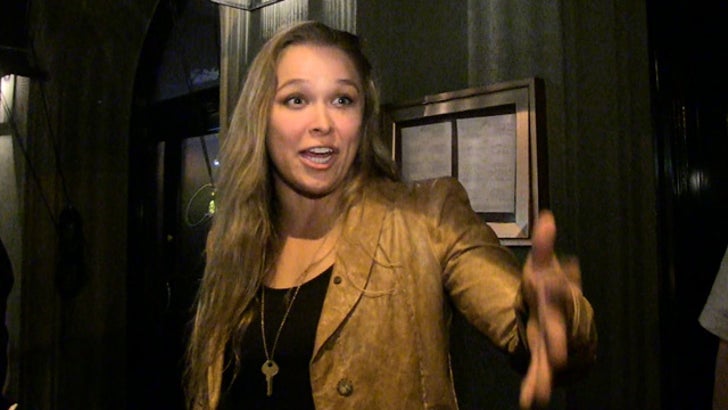 Apparently, Ronda Rousey's feud with UFC fighter Bryan Caraway is 100% real -- because the woman's champ tells TMZ Sports she still wants to BEAT HIS ASS in the ring!!!

Caraway said Ronda was "stuck up and snotty" .. and Ronda called Caraway a "douche."

But when Ronda went out to dinner in L.A. this week, she made it clear the hatchet is far from buried -- telling us she still wants to set his ass straight in the octogon.

As far as women go, Ronda also says she'd fight Cyborg Santos as well ... and ya gotta hear the smack talk. Check out the clip.