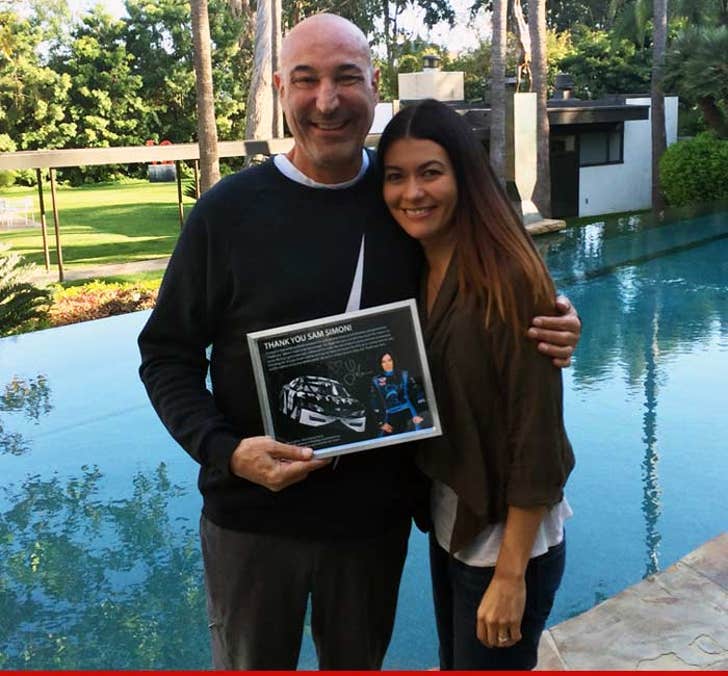 "Simpson" co-creator Sam Simon is a man of his word ... 'cause after he lost a poker game to "Blackfish" race car driver Leilani Munter -- HE PAID UP ... and TMZ Sports has the proof.

As we previously reported, Simon had kicked in $107,500 to sponsor Leilani's car in an upcoming ARCA race at the Talladega Superspeedway in Alabama in May -- and the two met up at Sam's L.A. home to talk about the event.

We're told ... during the visit the two played a little Texas Hold 'Em -- and the winner had to fork over a single dollar bill.

Leilani won ... and Sam paid up -- but sweetened the pot, drawing a Bart Simpson image right on the buck along with a message to Leilani. Pretty awesome.

Of course, Leilani and Sam didn't bond over racing -- but rather their love for animals ... and both hope the Blackfish car will help raise awareness for the plight of orca whales in captivity. 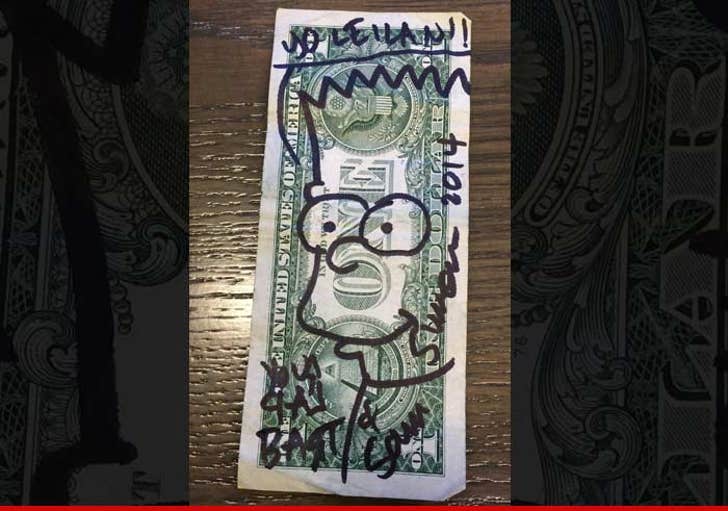