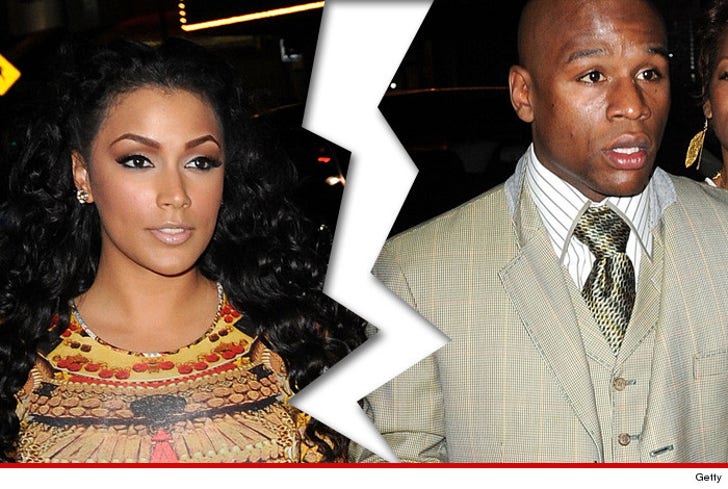 The on-again, off-again love saga between Floyd Mayweather and ex-fiancee Shantel Jackson is officially OVER ... so says Jackson's rep who tells TMZ Sports Shantel is finally moving on with her life.

Mayweather and Jackson have been together-ish for at least 4 years ... with Floyd proposing with a $10 million diamond ring back in 2013.

But things went extremely sour between the two -- and now, Shantel's rep tells us the relationship is done for good.

"Miss Jackson has moved on with her life from Floyd and is saddened that she has had to deal with many problematic and dramatic situations from the media since their break up."

Jackson's rep says Shantel's Instagram account was mysteriously shut down in the wake of the split -- and she suspects it was a hit job from someone she knows personally. We're told Shantel is currently trying to get her account up and running again.