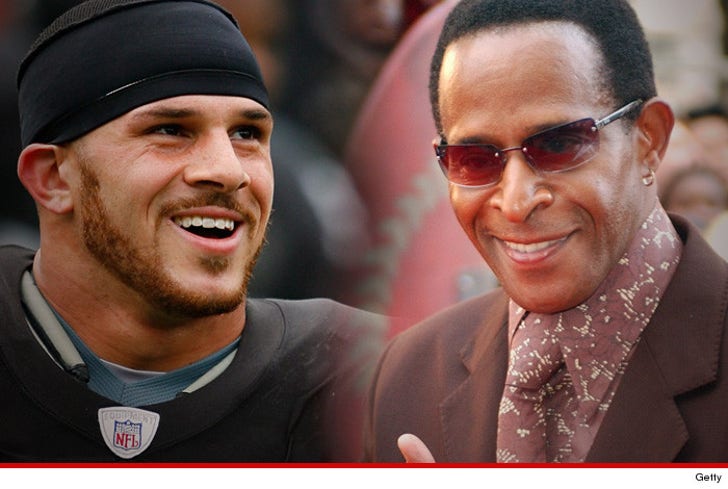 Pimpin' ain't easy ... and neither is breaking into Hollywood ... but former NFL running back Justin Fargas is giving it a shot with some help from his famous father -- aka Huggy Bear!

TMZ Sports spoke with the former Oakland Raiders RB who tells us ... now that his playing days are over (after 7 years in the league), he's focusing on becoming a Hollywood screenwriter.

"I've been developing a screenplay. I'm hoping to get a project going very soon. My brother is in film production and my dad's an actor. I'd like to team up and make it a family thing."

"[My dad's] excited about [my screenplays]," Justin says ... "We share ideas. He wants to work with me. You know there's a role for him."

Justin says he's dead serious about his new career -- and even met with "Friday Night Lights" director Peter Berg at the NFL Pro Hollywood Boot Camp to get some pointers.

"I told him I was working on a super hero movie. I said, 'when I finish I want you to read it.' He said he'd 'be all ears.' I'm definitely going to send it to him when it's done."

Justin says he's still a month away from completing his first screenplay.

In the meantime, check out Antonio in action -- seriously ... best. pimp. ever.