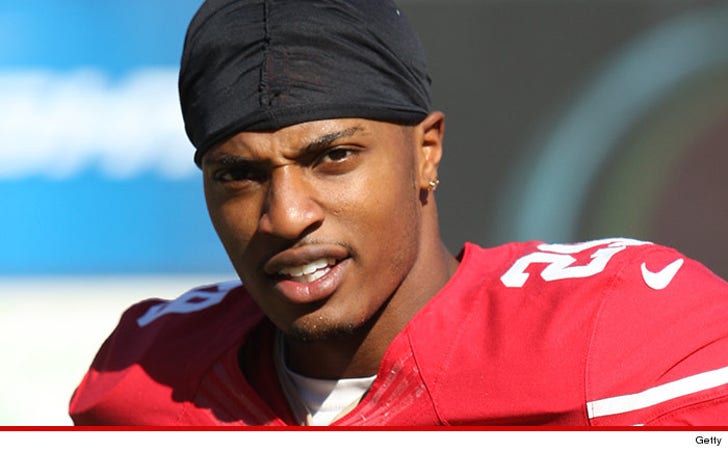 More drama for the San Francisco 49ers ... this time, cornerback Chris Culliver has plead not guilty in a case allegedly involving brass knuckles.

Culliver -- who infamously said he didn't want gay players in his locker room back in 2013 -- was arrested on March 28 in San Jose, CA after allegedly striking a bicyclist and then hitting another vehicle with his car while trying to flee the scene.

Cops also say he was in possession of illegal brass knuckles.

But on Friday, Culliver pled not guilty to both misdemeanor hit and run and felony possession of the knuckles.