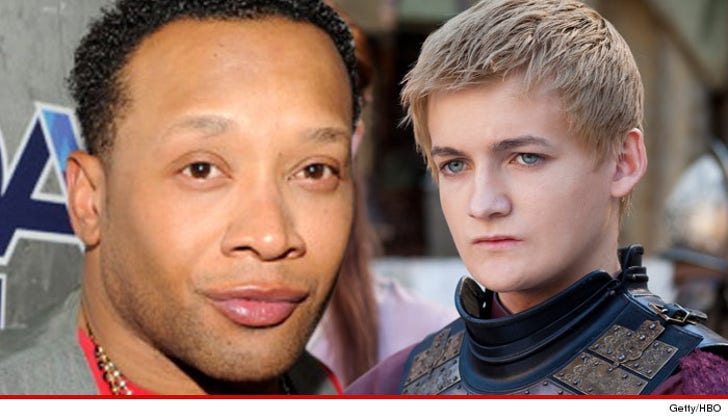 King Joffrey was a punk bitch ... and his death was AWESOME ... so says Atlanta Falcons icon Jamal Anderson, who happens to be a hardcore "Game of Thrones" fanboy.

After he invented the "Dirty Bird" and took the Falcons to the Super Bowl, Anderson got hooked on GoT ... reading all 5 of the books in the series ... and now he's addicted to the HBO adaptation.

So, last night ... when Joffrey finally got his comeuppance moments after the royal wedding ... Anderson was pumped.

Jamal notes that Joffrey was a much bigger a-hole to Tyrion and Sansa in the book than he was on the show -- but nevertheless, says the show did a great job of portraying his evilness.

In fact, Jamal hails producers for putting together a death scene that was "way better" than what he imagined when he read the book.

Jamal wanted to talk about all of the stuff that's coming up on the show ... but we had to hang up before he spoiled the whole series for us.

Seriously, dude loves his GoT.