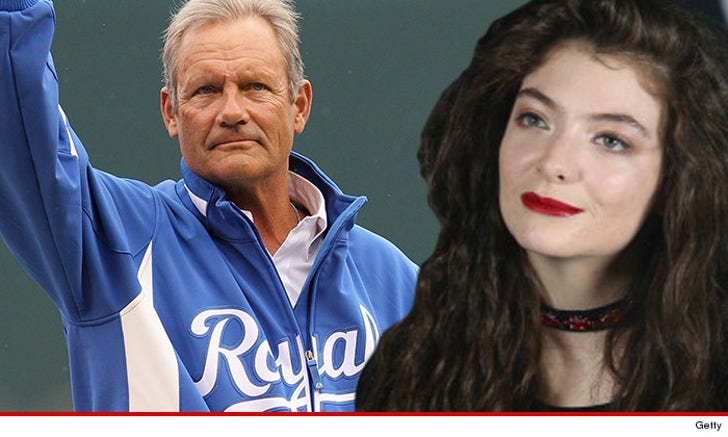 He was the inspiration for her biggest hit, but now George Brett tells TMZ Sports ... he's FINALLY going to meet Lorde!!

Brett tells us ... Lorde's people reached out to him and asked if he would like to hang with the "Royals" singer before her concert in Vegas tonight.

Brett says he immediately accepted the invitation -- and says he's really excited to meet her.

FYI -- Lorde has previously stated that she was inspired to write the song after seeing an image of Brett in National Geographic wearing his Kansas City Royals uniform.

"It was just that word. It's really cool," Lorde said.

Brett says he's been invited to meet up with Lorde in the past, but had scheduling conflicts -- so he sent her a few thank-you gifts in his place ... including an autographed #5 jersey.

We'll let you know what happens when they finally come face to face tonight!