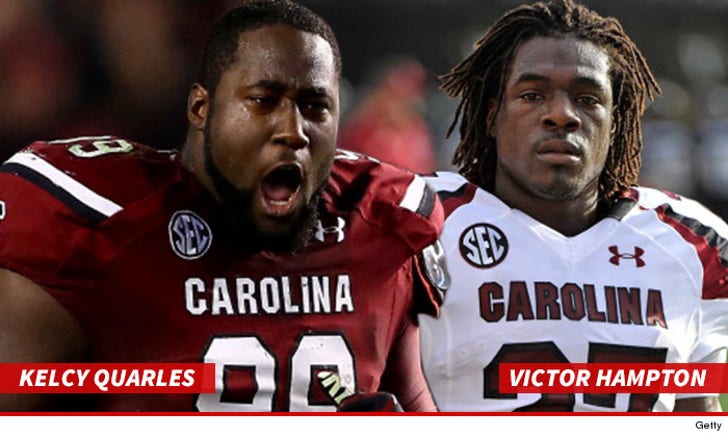 Two college football stars -- both expected to be selected in the upcoming NFL Draft -- are wanted for questioning by the NYPD in connection to an alleged attack at an NYC nightclub ... TMZ Sports has learned.

Officials have confirmed ... 22-year-old Victor Hampton (cornerback) and 22-year-old Kelcy Quarles (defensive tackle) are "wanted for questioning at the very least" regarding an incident at Greenhouse nightclub on April 11.

Both players were standouts at the University of South Carolina and have been projected to be 2nd or 3rd round draft picks.

As for the incident, sources say there was a fight in the VIP section of the club involving a club promoter -- who was allegedly attacked by 3 men and suffered "extensive facial injuries."

So far, no arrests have been made ... and the NYPD tells us the investigation is ongoing.

Attempts to reach both Hampton and Quarles for comment were unsuccessful.