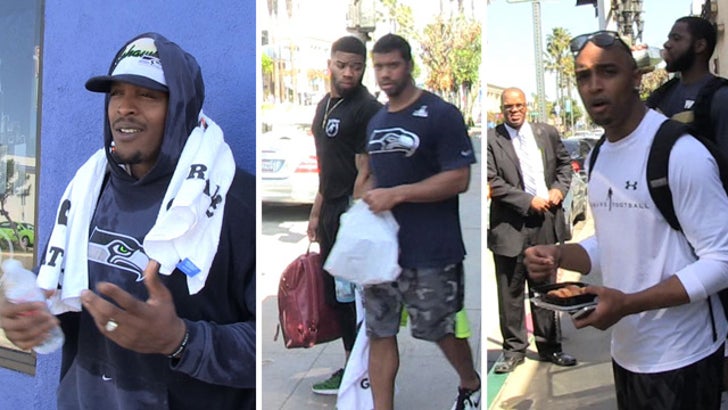 The entire Seattle Seahawks team has touched down in L.A. -- from Russell Wilson to Percy Harvin -- and while they're training their asses off ... one thing's for sure -- they're not saying A WORD about Ricardo Lockette.

The Super Bowl champs hit up The Yard training center in Hermosa Beach, CA -- where huge stars like Tom Brady, Wes Welker and even Aaron Hernandez have trained.

One player who was noticeably absent from the workout sesh was wide receiver Ricardo Lockette -- who's been named a "suspect," along with Colin Kaepernick, in the sexual assault investigation in Miami.

But when we tried to ask the Seahawks if they're standing behind their teammate -- the guys locked up tighter than Richard Sherman on Michael Crabtree.