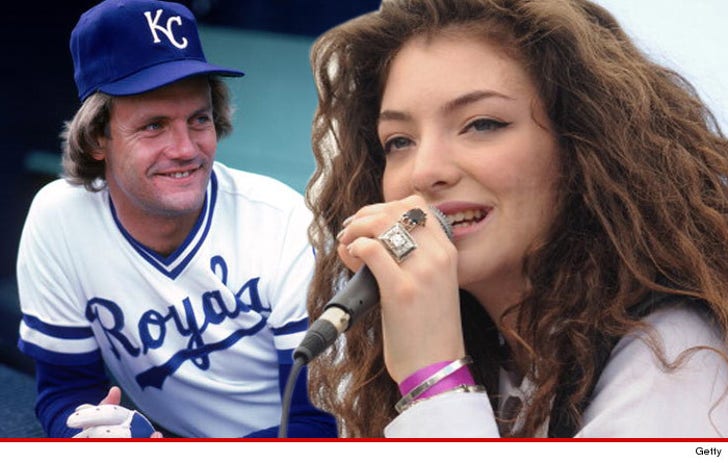 So ... how'd George Brett enjoy his very first encounter with Lorde? The woman who wrote her hit song "Royals" after seeing a photo of the MLB icon in uniform?? HE LOVED IT.

TMZ Sports spoke with Brett -- who's currently out golfing in Vegas -- who tells us his long-awaited meeting with Lorde before her concert at the Cosmopolitan Tuesday night was "AWESOME!"

"My wife and I met her after she did her sound check. And then we got to talk to her for a little bit after the concert also. We had two cabanas. It's a beautiful place."

Brett says he reacquainted himself with Lorde's work on the trip over -- "I actually downloaded her music off iTunes and listened to it on the plane ride to Vegas. I knew all the songs when she sang them."

In the end, Brett says ... "We both said it was nice to meet each other. She told me about looking through the National Geographic and seeing the picture [of me from 1976] and cutting it out and putting it on her wall."

"She said it inspired her."