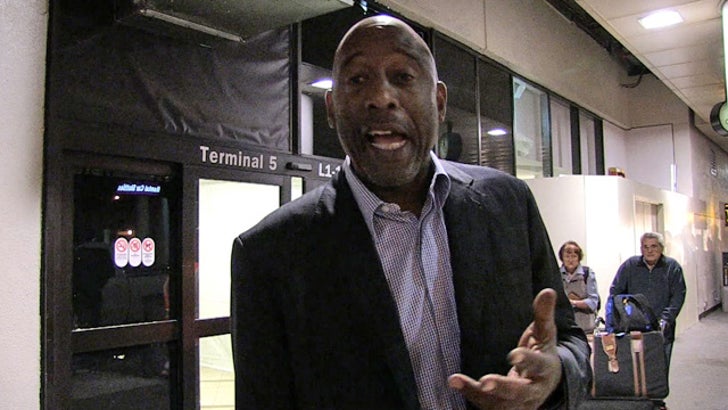 James Worthy calls it like he sees it -- which is why he didn't pull punches when describing the Lakers disaster of a season -- "It was quite the debacle this year."

But there could be more bad news for the Lake Show, 'cause when Big Game James was leaving LAX last night he explained why he thinks the chances of Swaggy P returning to the squad are slim to none.

And if you were hoping for a Metta World Peace comeback in L.A., Worthy shot that down too -- "He's too old. I don't think so, I KNOW so."

In fact, Worthy suggested that Peace hang it up for good -- saying, "It comes to an end at some point."