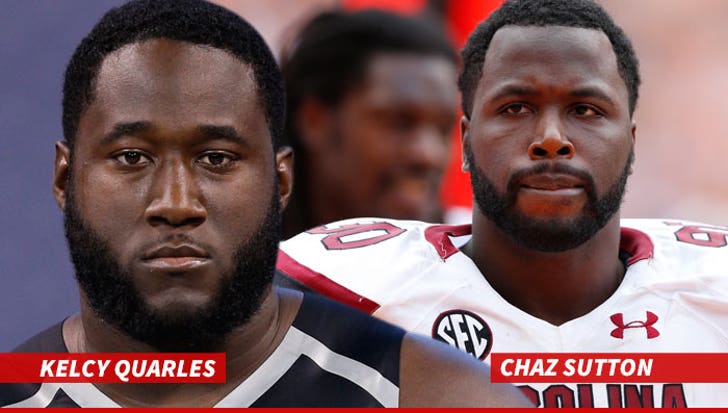 NFL Draft prospect Kelcy Quarles says he was NOT at Greenhouse nightclub during an alleged brawl that left one man badly injured last week ... and says he will do everything he can to clear his name.

TMZ Sports broke the story ... the NYPD says Kelcy and fellow University of South Carolina standout Victor Hampton are wanted for questioning in connection with the alleged attack.

But Kelcy tells TheState.com that he's "mad" about the situation because he was never at the club -- explaining, "I’m about to do everything I possibly can to get my name cleared because it’s not fair. I had nothing to do with this."

He added, "I have not been questioned. What am I being questioned for? I am telling you they are looking for Chaz Sutton."

Sutton -- another USC player hoping to be drafted -- was reportedly stabbed in the left shoulder after he left the club.

But Sutton told TheState.com, "No, I actually hung out with my friends that night. I wasn’t even involved or there so I couldn’t really tell you. I don’t know what is going on."

TheState.com says they also reached out to Hampton, who hung up on them.