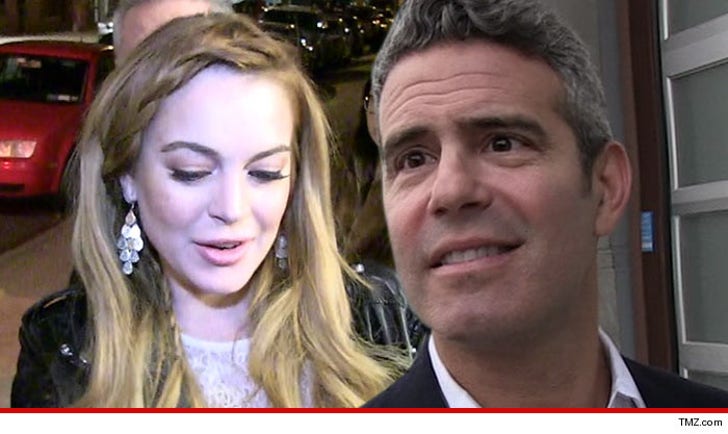 Lindsay Lohan would neither confirm nor deny to Andy Cohen the accuracy of the list of guys rumored to be among her sexual conquests.

LiLo taped her appearance on "Watch What Happens Live" on Wednesday night (it airs on Thursday). We're told Lindsay showed up a little late ... or "right on time," in Lindsayspeak.

Our audience sources say while the crowd enjoyed alcohol as they always do ... Andy stuck to his vow and didn't drink during the taping.

As for the so-called conquest list ... all Lindsay would say is that she made lists during her latest rehab stint.

And get this ... we're told Lindsay and Andy did the handshake from "The Parent Trap." 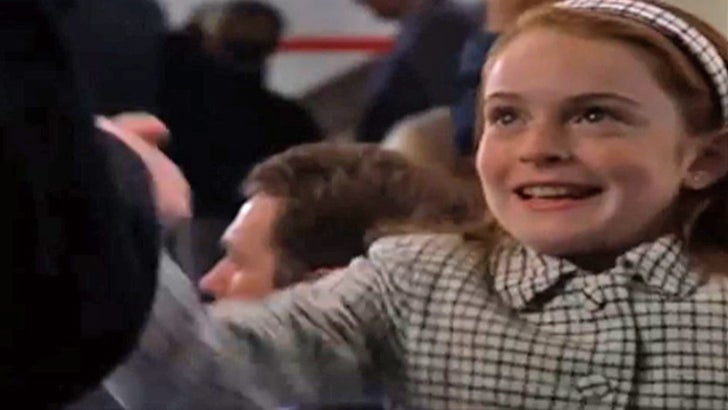 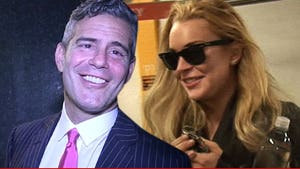