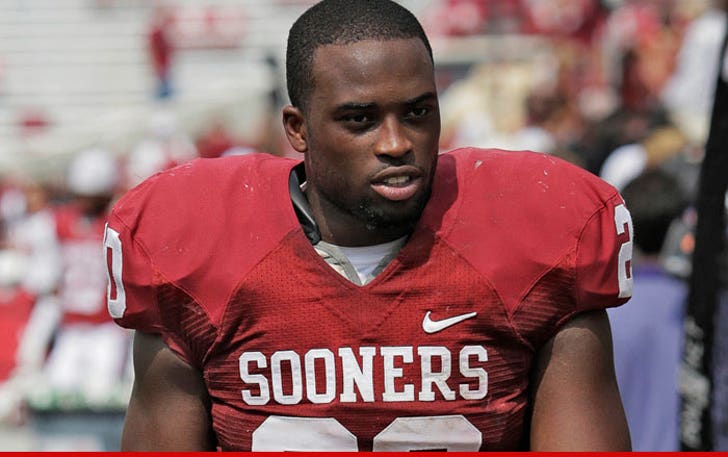 9:27 AM PT -- The Cleveland County District Attorney's Office in OK says it will NOT pursue criminal charges against Frank Shannon ... based on the conflicting accounts and because the alleged victim did not want to move forward with a case.

Oklahoma University football superstar Frank Shannon has told police he DID NOT rape a sorority girl at his apartment back in January ... despite allegations from the woman.

Shannon -- the leading tackler on the Sooners -- told police he was involved in a sexual situation with the female student ... but claims she was the initiator, and even removed her own clothes.

But Shannon claims things came to a grinding halt when he asked her if she was on her period. She allegedly said "No" but an argument ensued and Shannon says he got up and went to the bathroom.

The woman tells a different story ... according to the incident report, obtained by The Oklahoman, she claims Shannon came up from behind her in the apartment, pulled down her pants and attempted to have sex with her.

The woman claims Shannon asked if she was menstruating and she said "Yes" -- and that's when he went to the bathroom and she left the apartment.

The report says the woman had texted a friend from Shannon's apartment saying she was raped.

According to the Oklahoman, the alleged victim also sent a text saying the "last thing" her sorority needs is negative media attention involving a football player.

Shannon reportedly told cops that she was trying to either set him up from the beginning or was simply embarrassed that he wouldn't have sex with her that night and this was her way of getting back at him.

Despite the allegations, no charges have been filed against Shannon.