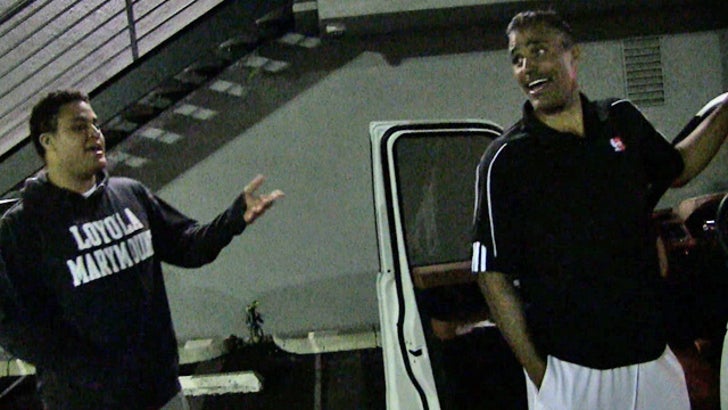 Rick Fox is no Lamar Odom ... or even Kris Humphries -- telling TMZ Sports he would NEVER marry Eliza Dushku on a reality TV special ... but his son says he should strongly reconsider!!!

Rick and his 19-year-old son Kyle were out in L.A. the other night when we asked if they supported AJ McCarron's decision to document his upcoming wedding to Katherine Webb on a reality series.

Rick made it clear ... a reality wedding is NOT in his future -- but that's when his son started pointing out some of the benefits of a televised wedding ... some of which were pretty solid.

It all led up to a funny moment ... when Rick turns to Kyle and jokingly says, "I'm just more concerned about the whole ... you encouraging me to get married!"

Check out the clip -- it's pretty good stuff.