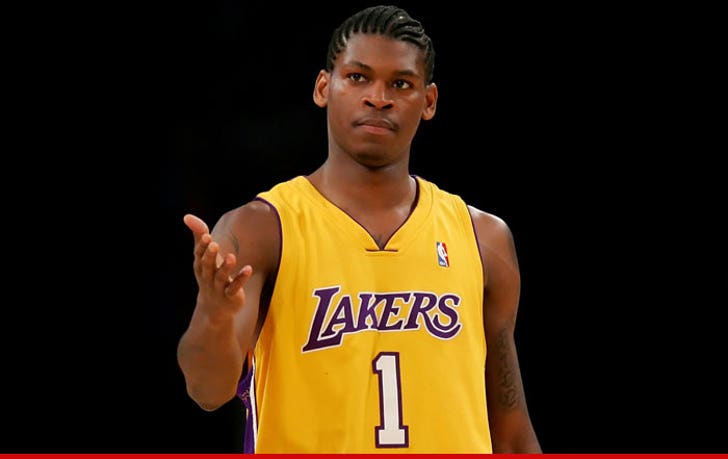 Ex-L.A. Lakers player Smush Parker is adamant ... he did NOT slug a 16-year-old high school kid in the face during a pickup game in NYC this week -- claiming it was just a hard foul.

Parker has been under fire after reports surfaced that he got into it with prep star Wolfgang Novogratz last week -- and punched the kid in the face during a heated exchange.

But Parker's manager James Hunt says it's all B.S. -- claiming there WAS a hard foul between the two ... but no punch was ever thrown.

"Smush did not punch him in the face. It wasn't no assault or anything like that. It was a hard foul. He didn't hit anybody."

In fact, Parker believes the kid's father -- who happens to be the host of the HGTV show "House By Novogratz" -- is intentionally trying to blow the incident out of proportion to get some publicity for his son.

"The kid's father is trying to use Smush's name as a stepping stone to promote his son to be recruited by these high level Division 1 colleges," Hunt says.

Hunt says Parker has not reached out to Novogratz about the incident -- because he didn't think it was a big deal at the time, but says, "If the kid needs to be reached out to, those things will definitely take place if need be."