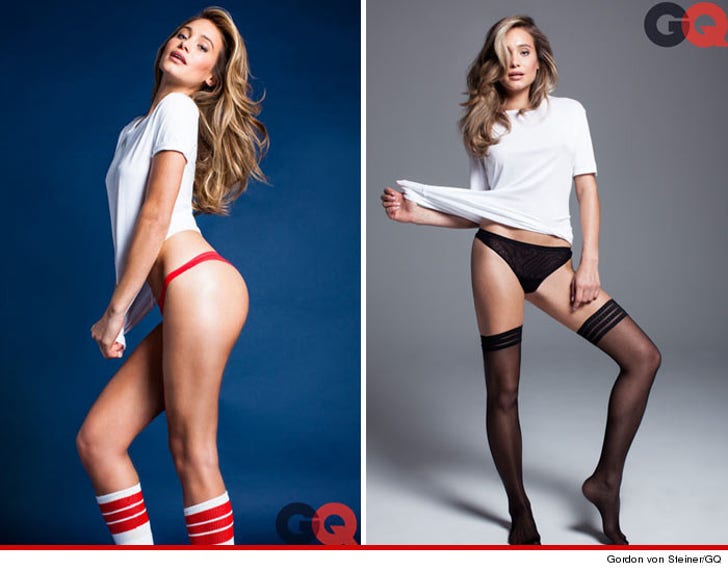 Hannah Davis says she's "very happy" with her on-again, off-again relationship with Derek Jeter ... and judging from these pics, he's pretty thrilled too.

Davis -- who stripped down to her undies for a GQ photo shoot -- has been connected to the New York Yankees captain since last year.

The two reportedly took a break in February ... but then got back together.

Davis wouldn't give all the intimate details about the current status of her relationship when asked by GQ, but she did get mostly naked ... so, we'll chalk that up as a victory.