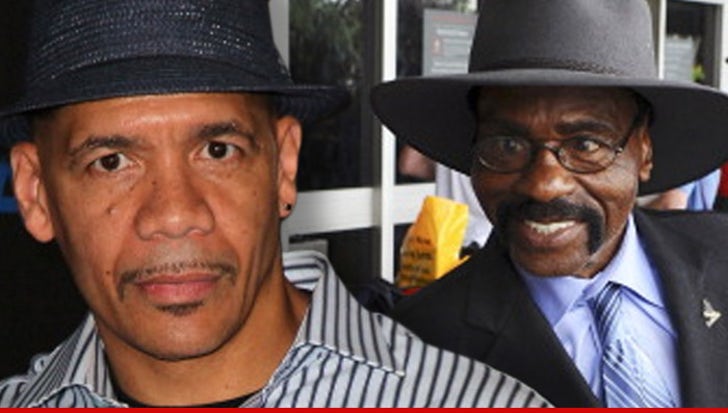 ESPY-winning boxer Dewey Bozella -- who won the 2011 Arthur Ashe award for courage -- tells TMZ Sports he'll be forever grateful to Rubin "Hurricane" Carter for inspiring him to fight when he was wrongfully convicted of murder.

"I could relate to what he went through," Bozella says ... "He fought like hell for his freedom and I was inspired by that."

Bozella -- who was an aspiring fighter when was locked up in 1983 for a crime he didn't commit -- was released after 26 years in 2009 when witnesses recanted their stories.

Bozella went on to fight in a pro bout in 2011 -- AND WON -- and says it wouldn't have been possible without Carter.

"His movie ["The Hurricane"] gave me hope while I was inside. I felt the same way he did."

"Before he got out of his mess, he made the decision that he wasn’t going to take it. I felt very much the same way. I had the same type of drive. I’d rather die than admit guilt for something I didn’t do. He stood up for what he believed in, and that made me feel like I was doing the right thing."