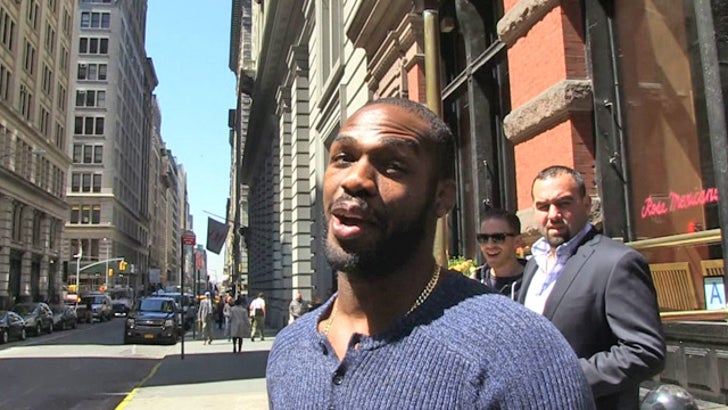 It's official ... Jon Jones says Beyonce has the GREATEST butt in all of Hollywood -- but shockingly, that's not his celebrity hall pass. That honor goes to a different singer ...

The UFC fighter was out in NYC last night -- promoting his upcoming fight against Glover Teixeira at UFC 172 -- when we turned the focus on a topic we can all appreciate ... ass.

And while Bones Jones explained why B's 'donk is still #1 in his book, Jon told us if his fiance ever gave him the "Andrei Kirilenko pass" (his wife lets him bang one random chick per year) ... Jon says he knows exactly where he'd cash in.