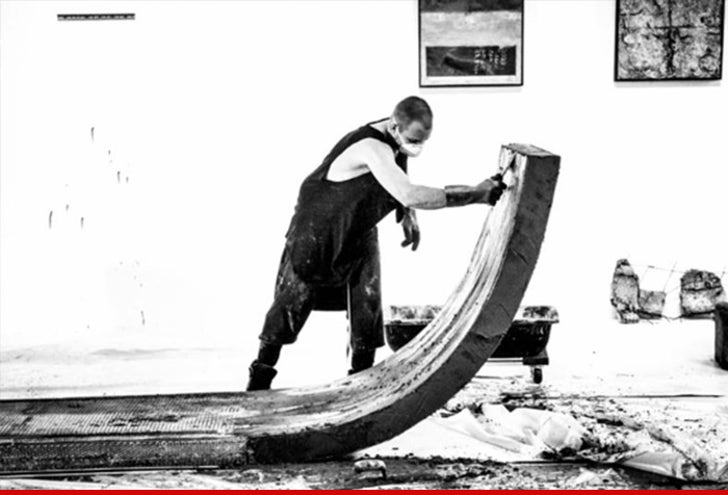 Skateboard legend Chad Muska is having his very own art show in L.A. -- to display a bunch of never before seen paintings and sculptures ... TMZ Sports has learned.

Muska -- who was a player character in the Tony Hawk video games -- has been blowin' up in the art scene for years ... and has become pretty well-respected for his graffiti art.

Now, Muska will be opening up his private studio on Friday for the first time to show off some of the other projects he's been workin' on ... including "hanging wall pieces and sculptures."

"Without these mediums, my career in skateboarding would not be possible and there would be no walls to create public displays of art on," Muska says.

Muska says he tried to separate the skateboarding part of his life from his art -- but says it just didn't feel right ..."That DNA is embedded in me, and remains prevalent in my artwork."