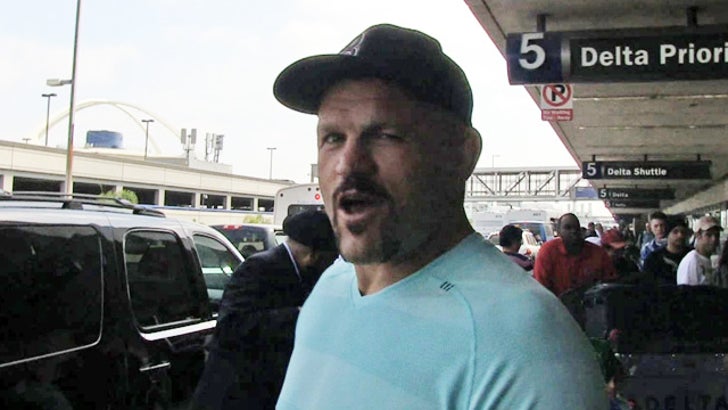 There could be another Liddell in the Octagon one day ... Chuck's DAUGHTER ... and the Iceman tells TMZ Sports it's all thanks to Ronda Rousey.

Chuck was out at LAX yesterday when we asked how he felt about UFC honcho Dana White calling Ronda the "new Chuck Liddell."

FYI -- Dana made the comparison because Ronda will "fight anybody, anywhere at any time" ... just like Chuck used to do.

Clearly, Chuck was flattered by Dana's comments -- and told us she's not only a great athlete, but "paving the way for my daughter."

Though, it could be a while before you see a Rousey vs. Liddell battle ... Chuck's daughter is only 2-years-old.