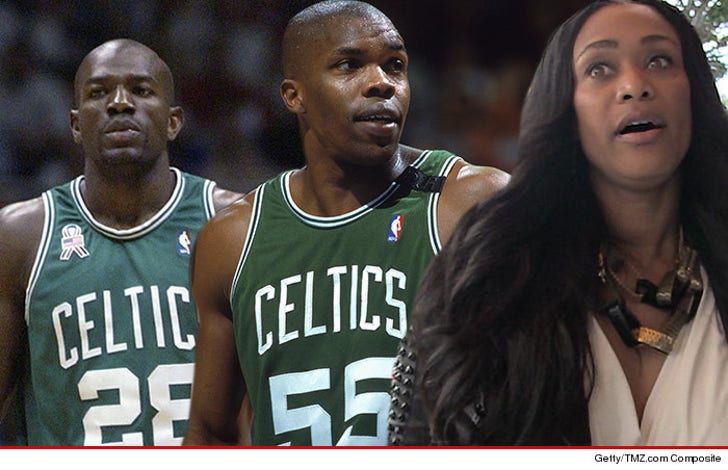 Eric Williams is not the monster he was made out to be on "Basketball Wives" ... and DOES NOT DESERVE TO BE HOMELESS ... so says one of Eric's former NBA teammates.
TMZ Sports spoke with Tony Delk -- who played with Eric on the Celtics -- and he tells us Tami Roman was WRONG when she said Eric's current situation is karma because "God don't like ugly."

Of course, Roman made the comment because she felt Eric terrorized his ex-wife Jennifer Williams on the VH1 reality show ... and the fact his life has since fallen apart is his just desserts.

"He was always smiling and happy about life."

As for Jennifer, Tony says she should be grateful for everything Eric gave her during their relationship -- offering this message to the reality star: "Don’t forget where you were when he found you."