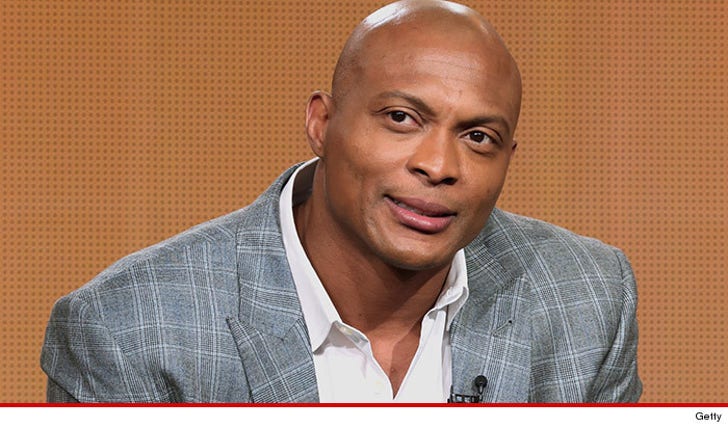 Eddie George tells TMZ Sports ... he's writing a 1-man stage show about his life ... complete with Shakespeare and hip hop ... and hopes to perform it later this year.

George has been focused on the theater ever since he hung up his cleats in 2004 -- and says he found it therapeutic to help cope with the adjustment into his post football life.

But after acting in several productions, the Heisman Trophy winner decided it's time to write his own play ... and has been hard at work for the past 2 to 3 years.

"It starts with my dream of playing football ... and I use anecdotes about my father, mother, coaches and other important people in my life to tell my story."

George notes, "I wove in some hip hop to help chronologically tell the story ... and some Shakespeare-style storytelling to go along with the hip hop."

Eddie says John Leguizamo has had a huge influence in his transformation into a thespian -- "I went to see John on Broadway and I was amazed. The way he broke the 4th wall, it was intriguing to me."

As for his 1-man show, Eddie says he's currently looking for a director ... and can't wait to get it up on the stage.