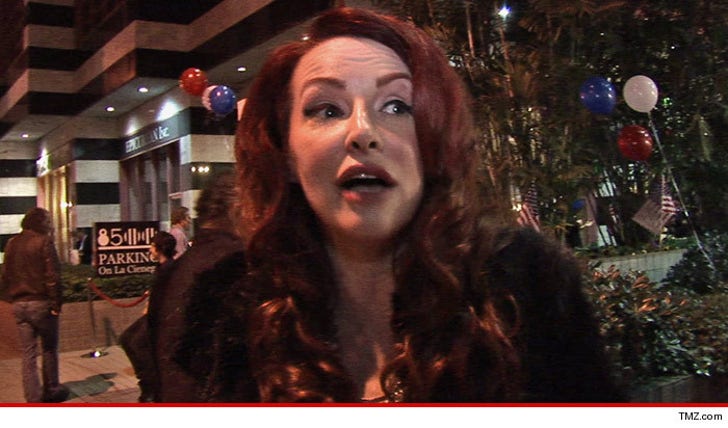 Gretchen Bonaduce claims the guy she was dating threatened to kill her in the most ominous way ... by sending her texts telling her, "Enjoy that lunch, you never know, may be your last," and "remember John Lennon."

Gretchen -- who was famously married to Danny Bonaduce and starred in a reality show about their lives -- was having lunch with former "Top Model" Adrianne Curry earlier this month when she got a slew of texts ... she claims from then-boyfriend Kevin Kautzky.

Aside from the "lunch" and "Lennon" texts, he allegedly got even more direct and wrote, "When somebody decided to push your mother out of the window, she probably didn't realize that her prior meal would be her last."

Gretchen rushed to get a restraining order against Kevin ... ordering him to stay 100 yards clear of her and not to communicate.