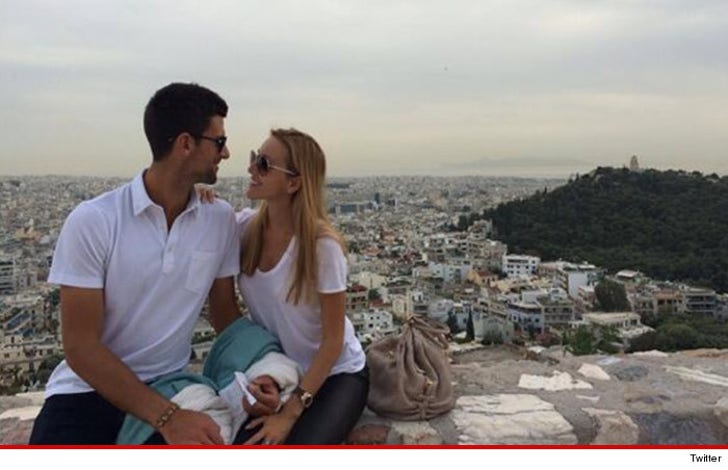 Novak Djokovic has beaten Nadal again ... at least in the race to have a kid -- 'cause the tennis great just announced that his Fiancee is with child.

Djokovic made the announcement on Twitter ... writing, "Jelena is pregnant!!! We will be parents soon! #blessed."

The 26-year-old superstar has been dating Jelena Ristic since 2005 ... and back in September announced their engagement. No word on how far along she is.