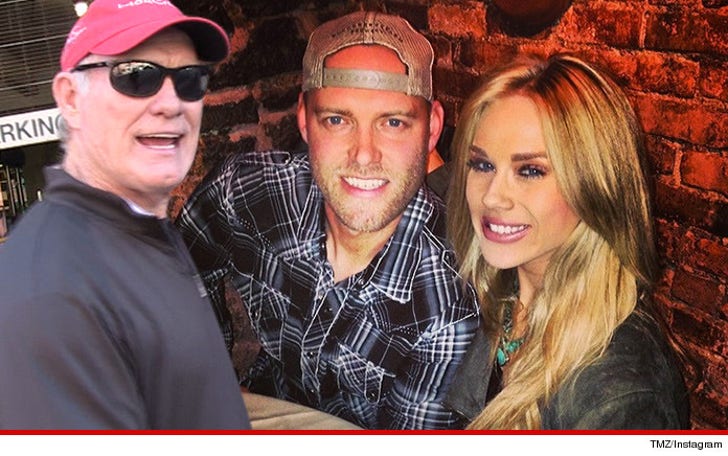 So much for Rob Bironas' plans to marry Terry Bradshaw's daughter on the NFL legend's ranch in Oklahoma ... there's been a last minute change of plans ... TMZ Sports has learned.

Don't worry ... Rob and Rachel are good -- and they're still planning to get married in June ... but now, they've changed the venue to a fancy Dallas hotel.

So, what happened to the plans to swap "I dos" at Terry's place?

Bironas -- who spent years kicking for Tennessee Titans -- tells us the whole family realized the ranch is a real-life working ranch ... with cattle, horses and all the other stuff that comes with it.

Translation -- they don't want any of the guests (or god forbid the bride) steppin' in cow pies on the way to the ceremony.

But don't worry, Terry wasn't offended ... we're told he not only understood, but invited Rob to the ranch to hang out next month.