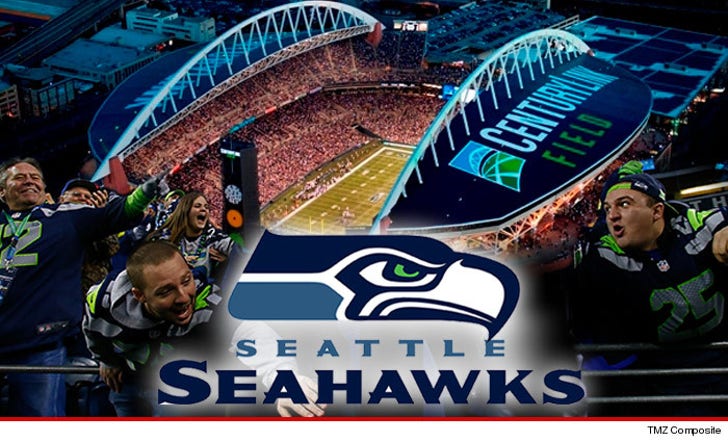 A guy in Nevada is suing the NFL and the Seattle Seahawks for $40 million ... claiming he was illegally barred from buying tickets to the NFC playoff game ... just because he's geographically undesirable.

In the lawsuit -- obtained by TMZ Sports -- John E. Williams III says he wanted to purchase tickets to the Seahawks vs. 49ers playoff game in Seattle but couldn't because he lives in Nevada.

According to the Seahawks' own website, tickets for the game were only available to people living in Washington, Oregon, Montana, Idaho, Alaska, Hawaii and a couple of Candian provinces.

Conspicuously ... California and Nevada weren't on the list ... reportedly to keep 49ers fans from buying tickets.

Williams -- who didn't say if he was a Seattle or SF fan -- says the whole thing stinks ... and is contrary to the spirit of the NFL. He thinks $40 million ought to set things right.