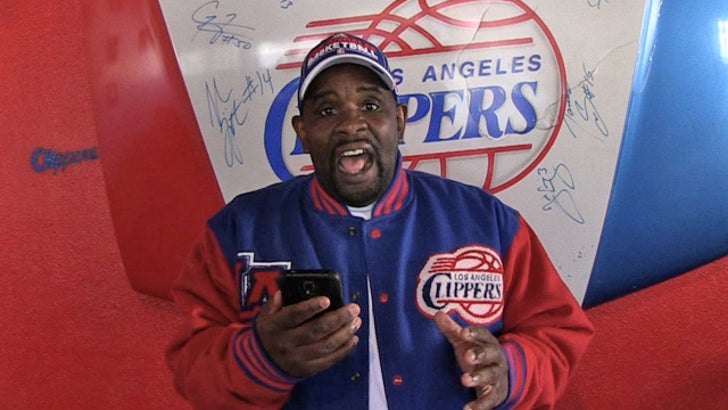 Clipper Darryl -- the unofficial mascot of the team -- says he's deeply saddened by Donald Sterling's comments ... saying he still loves the team, but hates the organization.

Darryl spoke with TMZ Sports moments ago ... saying, "To know that the man responsible for putting me on the team plane to attend a playoff game in 2006 didn't like Black people at his games is upsetting."

"Furthermore, to disrespect a legend like Magic Johnson who has dedicated his career to unite people, is a travesty."

Darryl also says he believes the audio explains why he received "unjust treatment" from the organization in the past.

"The question I have "what do you do when you love a team but dislike the organization?"