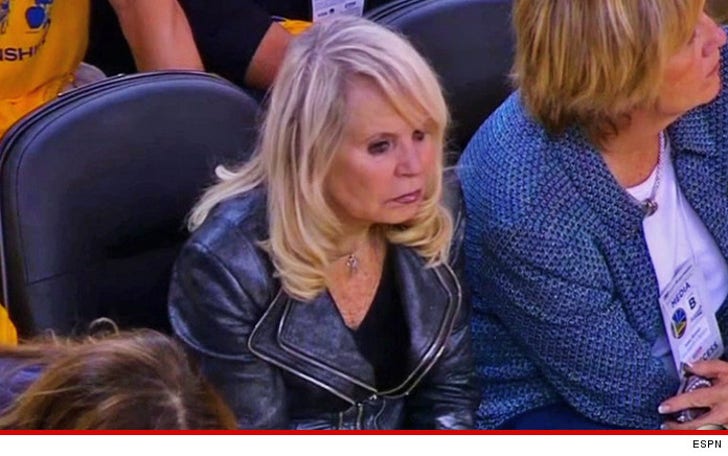 2:29 PM PT -- Shelly just spoke with a sideline reporter at the game (off-camera) ... and was adamant she is NOT a racist.

Donald Sterling might not be welcome at the Clippers game, but his estranged wife is -- in fact, TMZ Sports has learned Shelly Sterling is even traveling with the team.

Shelly is currently at today's playoff game, watching the Clippers take on the Golden State Warriors, and we're told she'll fly home on the team jet.