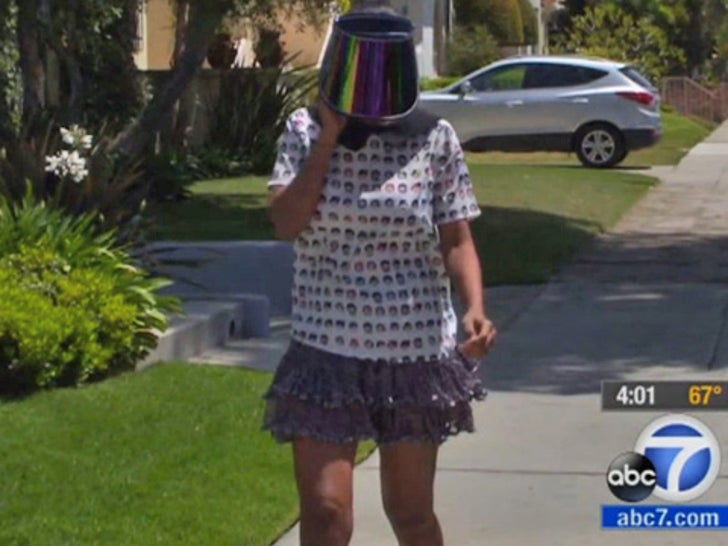 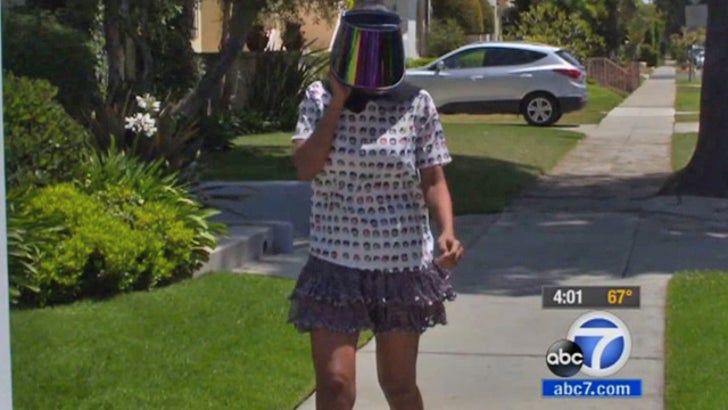 V. Stiviano has finally surfaced ... strutting her stuff in front of news cameras outside of her L.A. home ... with her face hidden behind a weird visor mask thingy.

Stiviano -- the woman on the receiving end of Donald Sterling's racist rant -- decided to take her dog for a walk while an ABC7 camera crew was rolling.

She did not seem put off by the cameras ... but ultimately didn't say a word -- simply talking on her cell phone while walking back and forth in a short skirt and a funky top.

As for Donald Sterling, he's still M.I.A. ... and we're guessing won't be walking around the streets of L.A. anytime soon.