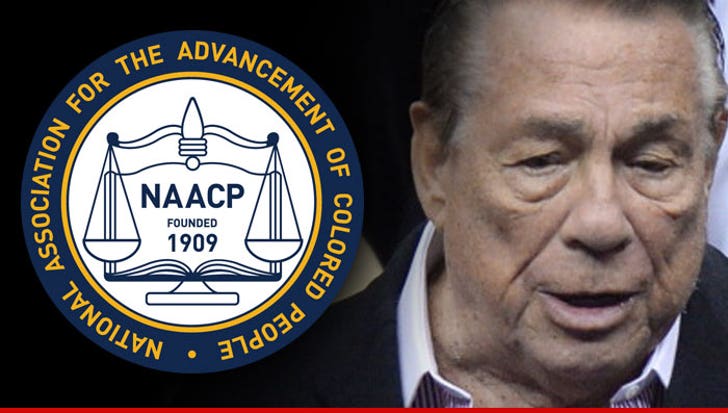 The NAACP tells TMZ Sports ... the organization is revising its guidelines for selecting honorees in light of the Donald Sterling situation ... saying the fact he was set to receive an NAACP award next month is "unfortunate."

As we previously reported, Sterling -- who was sued TWICE for discrimination and has faced allegations of racism in the past -- was set to be honored on May 15th by the Los Angeles chapter of the National Association for the Advancement of Colored People.

Now, a spokesperson for the national office tells TMZ Sports, "We are working on a new set of guidelines so there's greater scrutiny on who's selected for these awards."

"We need to have a better vetting process."

The rep tells us ... the national office is talking to the L.A. branch to find out exactly how Sterling even got on a list to be honored by the organization ... saying, "It was an unfortunate selection."

Still, it seems unfathomable that the national office would know nothing about the L.A. chapter's plans to honor such a controversial person ... especially given Sterling's reputation.