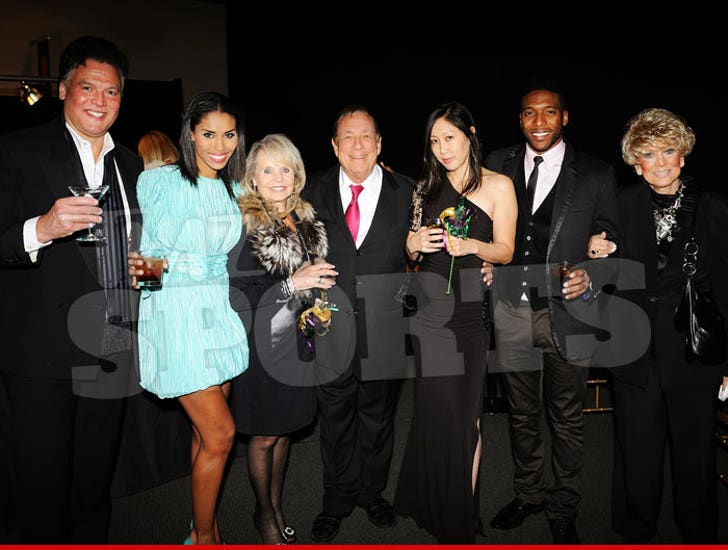 Donald Sterling's wife got REALLY close with her husband's alleged mistress back in 2011 ... before Shelly suspected anything ... and TMZ Sports has the photo to prove it.

Donald, Shelly and V. Stiviano spent some quality time together at a charity gala at the Petersen Automotive Museum in Los Angeles in November '11 ... even putting their arms around each other and smiling for a group photo.

But soon after the event, Shelly declared war on Stiviano -- suing Donald's alleged side piece for allegedly stealing $1.8 million from the guy.

SIDENOTE: Think Donald knew there was a black guy in the photo? Probably didn't end up on his Instagram page.