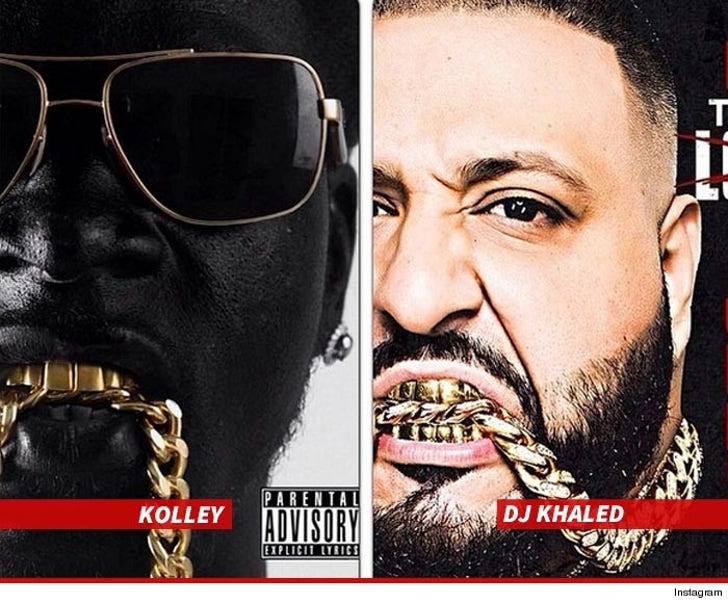 DJ Khaled jacked his new hardcore cover art over from another rapper, who happens to be an up and comer named Kolley -- but the up and comer has lawyers ... and TMZ has learned they're taking legal action.

Here's the deal ... Kolley dropped his debut mixtape, "RNS" about 6 weeks ago ... with a pretty distinctive cover shot (left) -- a closeup of his face, clenching a gold chain in his matching gold grill.

Cut to this week ... when DJ Khaled released "They Don't Love You No More" with artwork that's pretty much identical to Kolley's