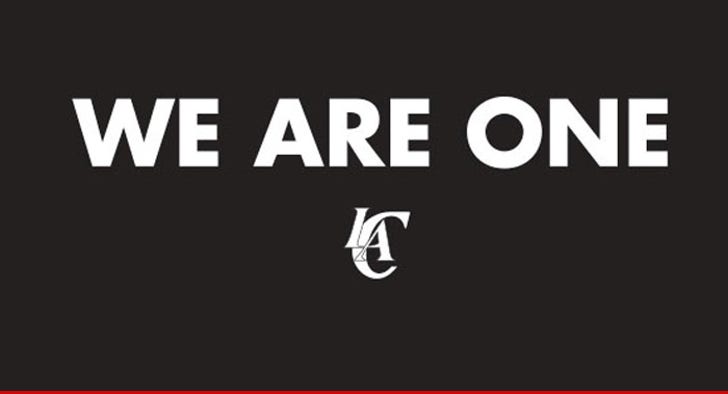 The L.A. Clippers organization made a huge statement on its official website in the wake of the announcement that Donald Sterling is banned for life from the NBA ... saying simply, "We Are One."

Unclear who made the decision to post the message on the team website, since Sterling is no longer calling the shots.

The Clippers also released a statement saying, "We wholeheartedly support and embrace the decision by the NBA and Commissioner Adam Silver today. Now the healing process begins."