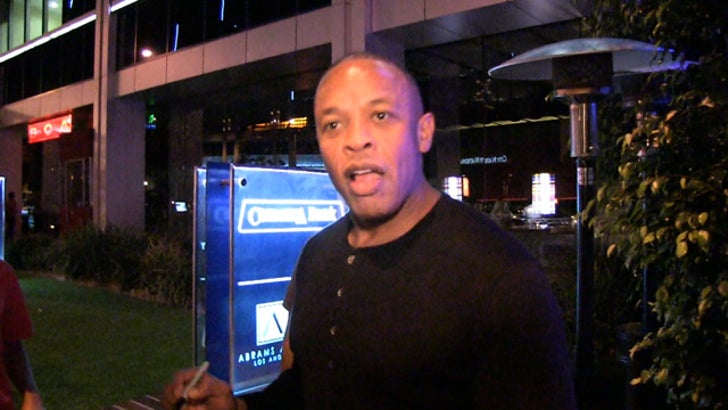 Dr. Dre tells TMZ Sports ... he's "absolutely" interested in buying the L.A. Clippers when the NBA forces Donald Sterling to sell the team ... and he seems very serious about it.

It's not like he couldn't afford it ... Forbes just released its list of wealthiest hip hop moguls and Dre clocked in at #2, with a reported net worth of $550 million.