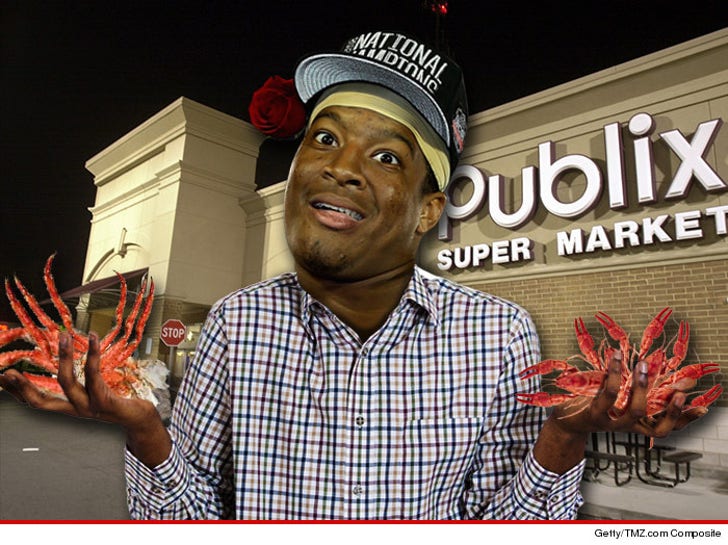 12:40 PM PT -- Jameis just released a statement, saying, "I went to the supermarket with the intent to purchase dinner but made a terrible mistake."

Cops say they responded to a complaint that Winston stole the food around 10pm Tuesday night.

Investigators went to Winston's home ... where he said he "forgot" to pay ... but made no effort to return to the store to pay.

Winston was NOT arrested, but given a "pre-arrest civil citation" -- and is required to complete 20 hours of community service.

If he fails to complete the community service, he could be prosecuted for shoplifting.

Jameis Winston has been suspended by the Florida State baseball team after allegedly stealing crab legs from a grocery store in Florida ... TMZ Sports has learned.

FSU baseball Coach Mike Martin says, "As a result of his citation last night, we are suspending Jameis Winston from the baseball team.

"I am confident he will complete his community service obligation and the situation will be resolved soon."

FSU football coach Jimbo Fisher added, "I fully support Coach Martin’s decision and will also make sure that Jameis meets all obligations, which I know he will."