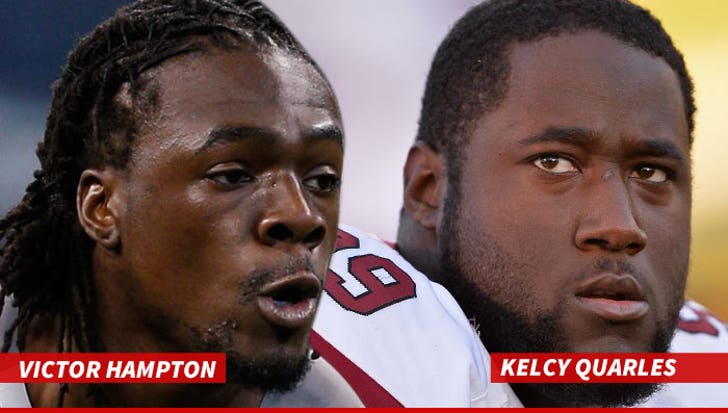 Two South Carolina football stars -- both expected to be selected in the upcoming NFL Draft -- have been cleared of all wrongdoing in a NYC nightclub fight ... TMZ Sports has learned.

Victor Hampton (cornerback) and Kelcy Quarles (defensive tackle) have been informed they will NOT be charged with a crime stemming from an April 11th altercation at Greenhouse nightclub..

Both players were interviewed by investigators and were cooperative ... says Victor's lawyer Joe Tacopina, who tells us the the players did NOT strike any sort of settlement with the accuser.

We're told law enforcement concluded ... the accuser is the one who threw the first punch and the 2 football players reacted in self defense.

Hampton and Quarles were both standouts at the University of South Carolina and are projected to be 2nd or 3rd round draft picks.