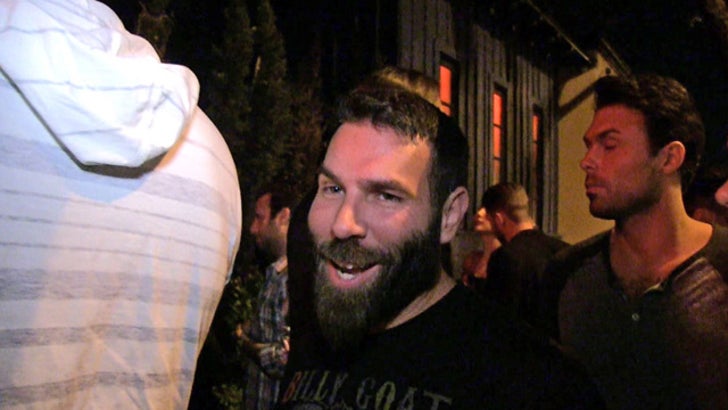 If you haven't seen the video yet, check it out below -- Bilzerian was doing a shoot for Hustler magazine when he decided to throw Griffith off a roof and into a pool ... only she ended up breaking her foot.

Griffith came on TMZ Live recently and seemed to put the blame square on his shoulders. But Wednesday night in Hollywood, Bilzerian said Griffith held onto him so tightly, she ripped his shirt ... and that's why she got hurt.

We're guessing this argument isn't over yet.