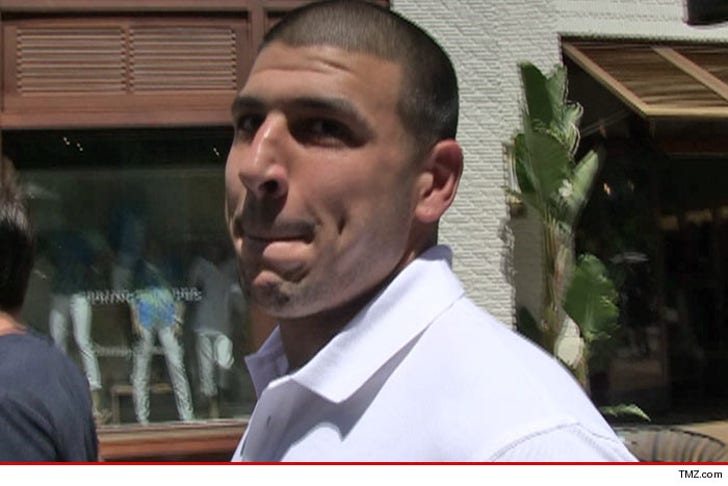 The victim in the Aaron Hernandez jailhouse fight tells TMZ Sports ... "Hernandez hits like a bitch."

We broke the story ... ex-inmate Andrew Booker was attacked by the former Pro Bowl tight end in Bristol County Jail back in February, while he was still wearing handcuffs.

Booker -- who's now out of jail -- says Hernandez blindsided him ... and struck him repeatedly but suffered no serious injuries in the attack.

Sources tell us ... Hernandez and Booker had been talking smack to each other for weeks leading up to the attack.