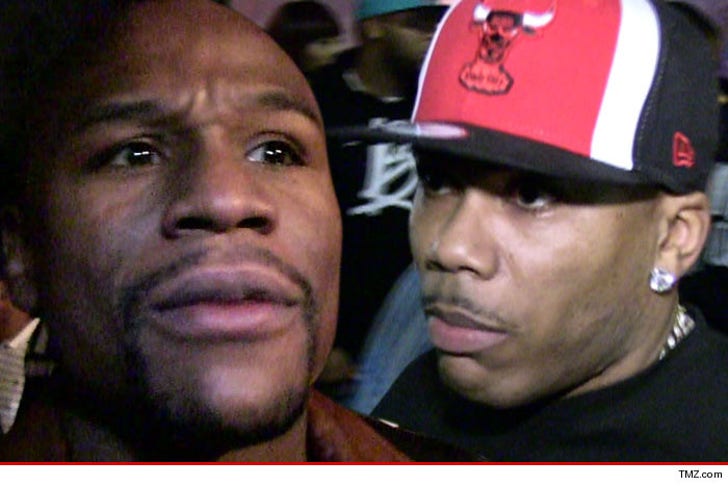 Nelly says he and Floyd Mayweather were NEVER FRIENDS ... even though they used to hit the clubs together .... but says Floyd once tried to bang his ex-girlfriend behind his back.

We broke the story ... Mayweather feels betrayed by his ex-fiancee Shantel Jackson for moving on and dating Nelly ... who Mayweather was friendly with earlier this year.

But Nelly says they were far from friends -- saying, "Me and Floyd being such good friends is a total shock to me considering we have never exchanged numbers, never been invited to a fight, never been to his house, never ate lunch, we never have hung out anywhere other than seeing each other in a club!"

"I have great respect for him as far as him being a true champion in his sport but homies ..?? Circle of friends ..? Nahh ... Good luck to him tho keep making history champ."

Sounds like a LOT of bitterness is going around.