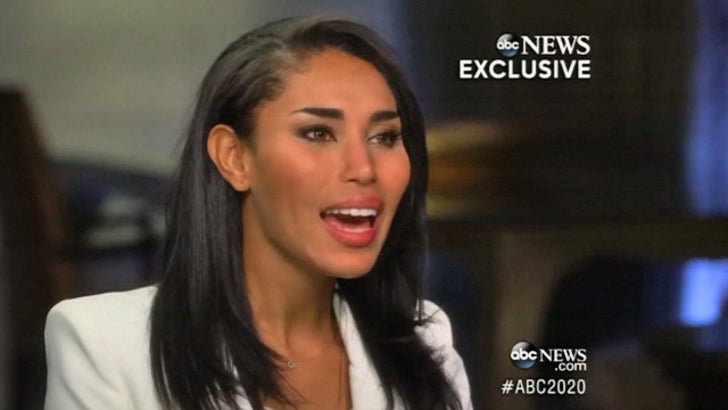 She didn't disappoint. V. Stiviano sat for a bizarre interview with Barbara Walters Friday afternoon, in which she proclaimed the Clippers owner is NOT a racist.

The interview -- which aired on 20/20 Friday night -- is hard to swallow. V. says she's wearing her famous visor because it somehow masks her pain. What she doesn't explain is why a person in such pain would seek out every place possible where there were paparazzi, including The Grove, and various restaurants and hot Hollywood clubs.

There's interesting subtext .. she seems to say Donald Sterling's friends were jealous of her and were talking smack about the people she hung with ... thugs and the like. Somehow -- according to her -- that got translated into black people in Sterling's head.

TMZ broke the story ... V. and Sterling showed up at the Four Seasons Hotel in Bev Hills and spent hours together, as Babs and Anderson Cooper lobbied Sterling to sit for an interview. Sterling eventually turned them down, saying he was not prepared. 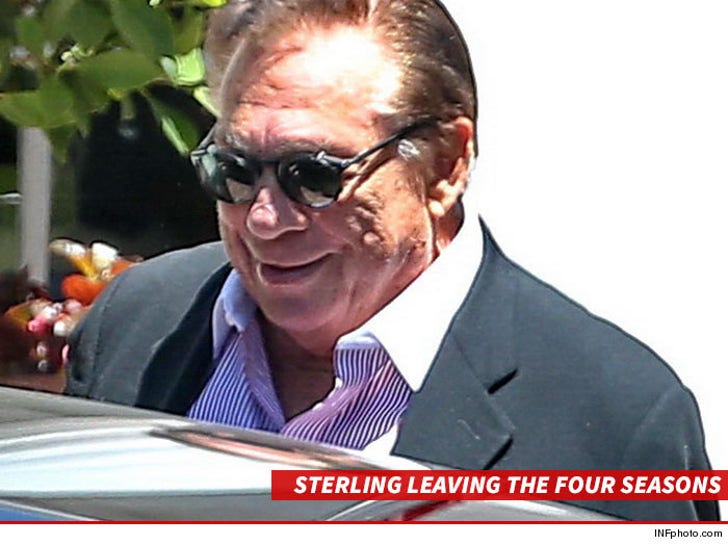