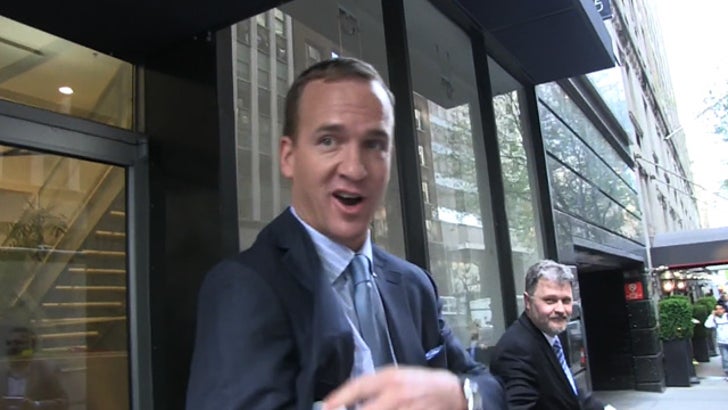 You'd think Peyton Manning would wanna relax and chill out after 4 quarters of being chased around by a bunch of bone-crushing behemoths, but the NFL legend tells us ... there's nothing he likes more after a game than corruption, murder and booze.

Manning was out in NYC yesterday when he told us about his post-game ritual ... and why there's a certain TV show he loves to watch after he takes off the pads.

Oh ... and if you ever wondered what food Peyton would choose if he could only eat one thing for the rest of his life ... don't worry, he tells us that too.