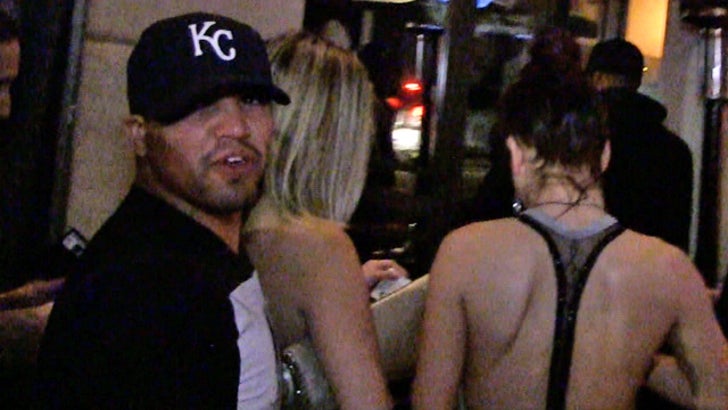 Former WBC champ Victor Ortiz wasn't impressed with the Mayweather vs. Maidana fight ... in fact, he has a word to describe both men -- and let's just say it's another way to call a cat a kitten.

Ortiz -- who LOST to both Mayweather and Maidana in his career -- was out in L.A. after the fight this weekend ... when he shot off some serious smack talk about the boxers.

There's been talk Ortiz will finally retire from the sport in the near future ... but after hearing the comment, it seems like the guy still has some fight left in him.