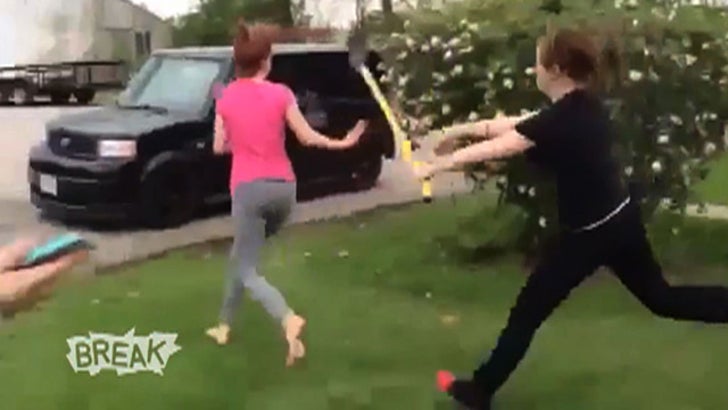 It's all fun and games until someone gets hit in the head with a shovel ... but TMZ has learned police are investigating the infamous "shovel girl" video ... and assault charges now loom.

By now you've seen the video ... two girls are fighting when one grabs a shovel and throws it at the other ... nailing her in the back of the head as she hightails it out.

Now a rep for the Miami County Sheriff's office in Ohio tells TMZ ... they've assigned a deputy to investigate after they were contacted by the girls' high school. Maj. Steve Lord tells TMZ ... the girl who threw the shovel could be charged with assault or disorderly conduct.

We think we know what Exhibit A would be ...

You Might Want to Rethink Weird News Fights Vine