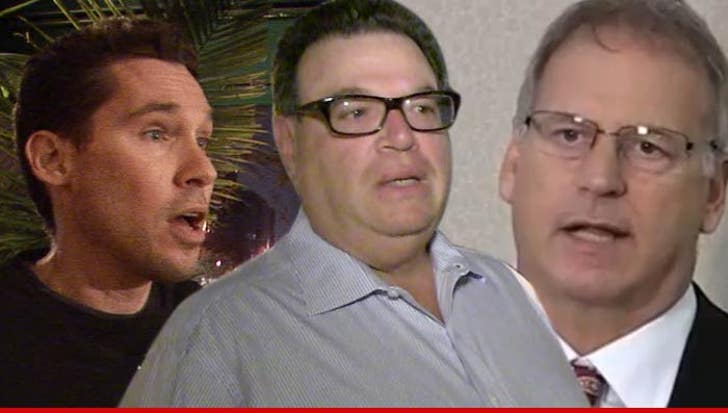 The lawyer repping the 2 clients who have accused "X-Men" director Bryan Singer of sexual molestation is a disgraced, shameless fame whore who is concocting phony lawsuits so he can get in the movies ... so claims Singer's lawyer.

Legal pit bull Marty Singer has sent attorney Jeff Herman a scathing letter -- obtained by TMZ -- warning him he is going to be sued for maliciously attempting to destroy Singer's reputation and life.

Singer says both cases are baseless -- claiming the allegation by Michael Egan that the director molested him in Hawaii is absurd, because Singer wasn't even in the state during the time in question. And Singer says the allegation involving another boy -- that Singer molested him in England when he was 16 is not only false, but the age of consent in that country is 16.

Singer says Herman didn't want the facts to get in the way of his lawsuits because it would deprive him of his "moment in the spotlight."

Singers writes ... Herman was suspended by the Florida bar for "dishonesty and deceit" and these lawsuits are an attempt "to revive your career after being so publicly and embarrassingly suspended."

And Singer says ... Herman is preening for the media both to make money and "to obtain an entree into a documentary film that we understand you are seeking to promote and in which you want to be featured."

Singer is demanding that Herman immediately drop the lawsuits ... or else.