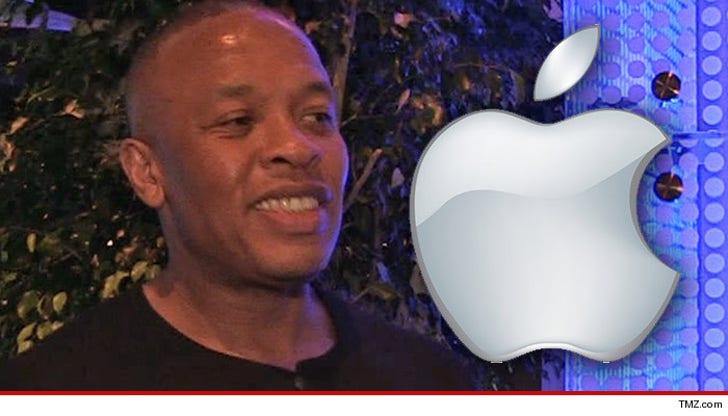 Dr. Dre could be days away from being the first rapper turned BILLIONAIRE ... thanks to a mega-deal for Apple to snatch up his Beats Electronics brand.

Apple will reportedly buy Beats for a whopping $3.2 BILLION -- and since Dre and Interscope honcho Jimmy lovine created the brand ... it's a safe bet they will walk away with a huge chunk of that cash.

Dre and Jimmy started the brand back in 2008 with headphones -- but now they're also making bank off speakers, car audio systems, and a streaming service.

The deal could close next week ... and would be Apple's biggest acquisition ever.

The Apple deal -- first reported by Variety -- could easily push the Doc to the top of that list. This would also explain his purchase of Tom Brady's mansion.