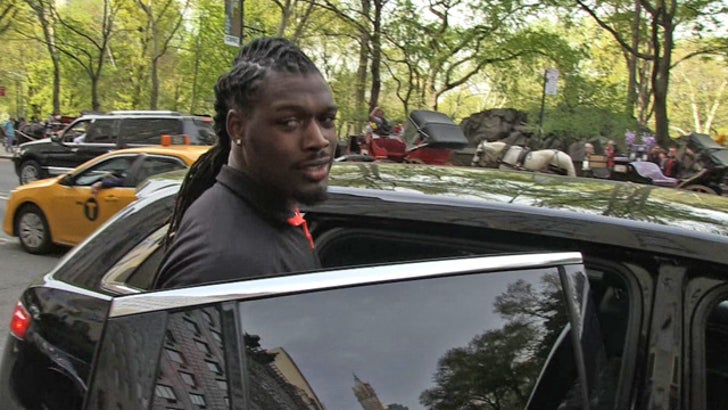 Our TMZ Sports photog saw Jadeveon Clowney yesterday in NYC -- where he's projected to be selected #1 in tonight's NFL Draft -- and asked a pretty good question:

"What was your hardest class in college?"

The response Clowney gives is ... well, it's great.

FYI -- Jadeveon was an African-American studies major at the University of South Carolina ... but decided to leave school after his junior year to head to the NFL.

And now, watch this clip -- and pray your team trades up to draft this guy.