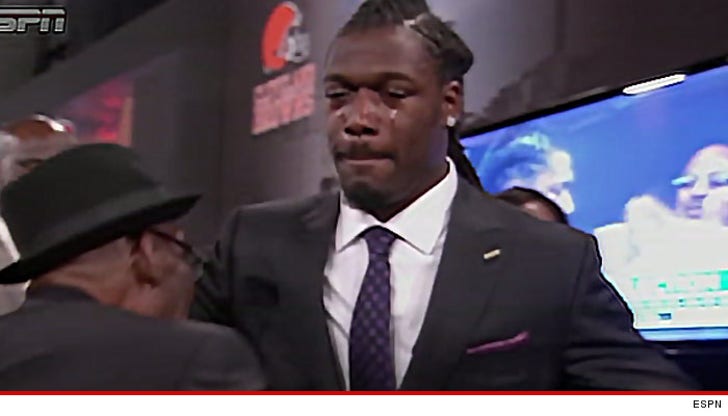 Jadeveon Clowney unleashed the waterworks at the NFL Draft ... moments after the Houston Texans selected him as the #1 pick.

Clowney hugged everyone around him ... and then put his paws around the commissioner for a big ol' celebratory bear hug. 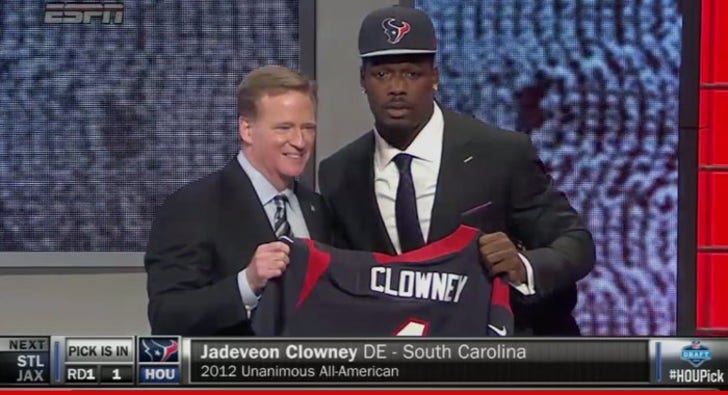 Clowney joins the ranks of other NFL Draft day criers ... such as Mark Ingram and Vernon Davis ... and according to Jay Glazer has now guaranteed that he'll get mocked in the locker room all season long.