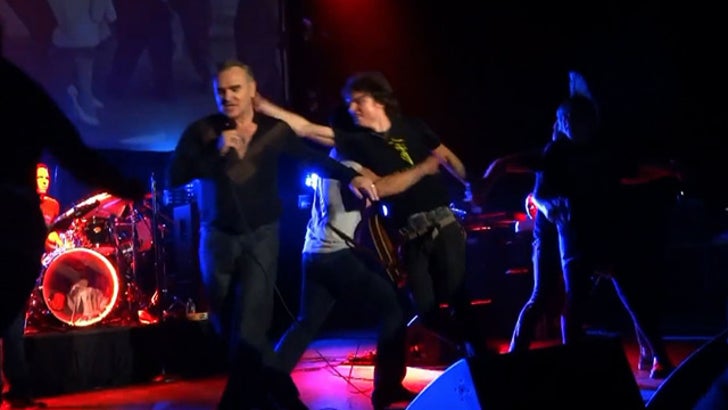 CHAOS at the Morrissey concert last night ... (yeah, you read that right) ... when the singer was attacked by a fan in the middle of a song, crashing to the ground ... and it was all caught on video.

Morrissey was performing "One Day Goodbye will Be Farewell" in San Jose, CA Wednesday night ... when a bunch of fans broke through security to hug the singer.

At first, Morrissey seemed to be amused by the huggers ... even chuckling at the situation ... but then some ahole ruined it for everyone when he came after the singer HARD ... knocking him to the ground.

Security rushed in ... and the band immediately stopped playing.

Unclear if Morrissey was injured in the incident or if the fan was arrested.