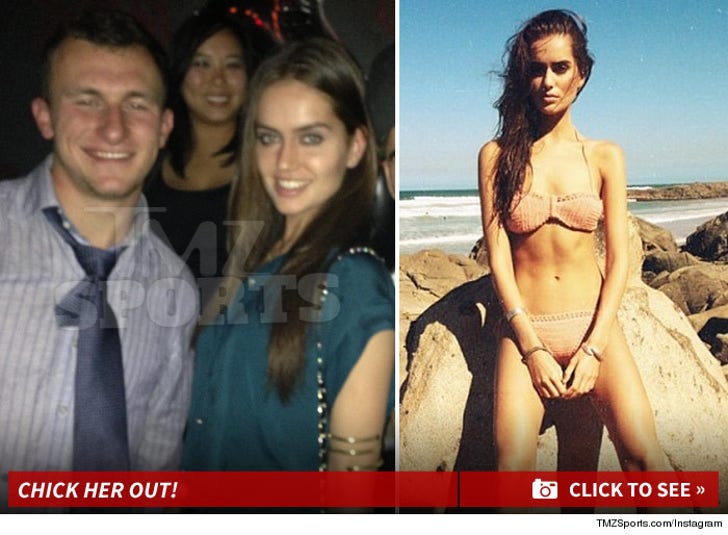 Johnny Manziel’s new lady friend ain’t just your ordinary hot chick – she’s a high-end fashion model who’s signed to one of the most prestigious agencies in the world ... TMZ Sports has learned.

Talia kicked it with Johnny Football at his post-NFL Draft party in New York last night ... though it's unclear if they're just friends ... or something more.

Hopefully, for his sake, it's the latter.